What is a stroke?

A stroke is similar to how a heart attack stops the blood going to the heart -but for the brain. So like a ‘brain attack’ or a sudden ‘strike’ to the brain. Depending where the blood is stopped from getting to in the brain, depends on what effect it’ll have on the person. Once deprived of blood and therefore oxygen, parts of the brain begin to die after only a few minutes and so a stroke  is classed as a medical emergency. 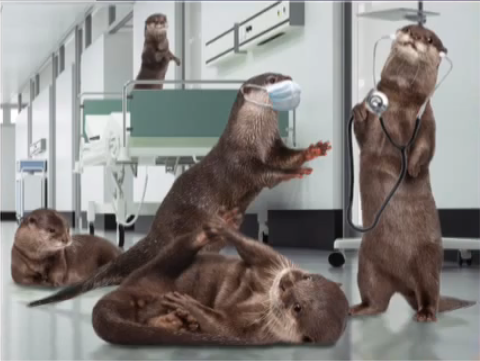 Ischaemic– blood vessel blocked by clot, stopping flow. Most common 85% cases. Clot could be due to narrow arteries, clot in artery, or clot travelling from somewhere else to the brain. Brain area that dies is called an infarct… ‘the naughty clot “schemes” to injure the brain’

Haemorrhagic-blood vessel ruptures and blood leaks out. 15% cases. The leaking blood building up also causes extra pressure inside the skull. Leak could be due to high blood pressure or a weakened/bulging blood vessel wall (‘aneurysm’)…‘haemorrhage of blood’

The different areas of the brain control different tasks:

Parietal lobe (top middle strip: like saddle on a horse on the prairies, you experience a lot of unusual sensations as you ride through the desert like heat, smells, sore bum etc!)

Occipital lobe (back: why a blow to back of the head often affects vision)

Temporal lobes (front either side:where your temples are located, a lot of old artefacts are stored (memory) and labelled (different things identified) in an old temple)

On a CT scan, denser structures = whiter (like bone) and less dense areas = darker (blood, tissues or air). An ischaemic clot itself can sometimes be seen as a bright white speck, whereas the spongy dead brain tissue (infarct) is less dense than healthy brain so  = darker patch around the clot site, appearing 3-12 hours after the stroke.

The blood leak from a haemorrhage coagulates (liquid blood becomes solid) and so shows up immediately on a scan as whiter. As the clotted blood breaks down, after 1 week it darkens to the same grey shade as the healthy brain, and after 2-3 weeks it appears as darker grey patch than the brain (as the space occupied by dead brain tissue is replaced by cerebrospinal fluid).

Symptoms of a stroke occurring may include arm/leg feeling weak or heavy, tripping over/collapsing, facial weakness, drooping mouth/slurred speech. FAST helps you to remember what to look out for. These symptoms are a medical emergency and attention should be sought immediately. Don’t give them anything to eat or drink as their swallowing may be impaired.Don’t give anyone with a suspected stroke aspirin as you don’t know which type of stroke has happened- if it is a haemorrhagic then preventing clotting with aspirin will actually make it worse.

Early treatment is crucial in limiting the extend of permanent/severe disability. Treatment drugs (differ according to blockage/bleed causation) are ideally given within 3 hours. In the days following a stroke there are additional risks from another stroke, chest infections (due to swallowing difficulties) or epileptic seizures.

There are Ischaemic (clot) or Haemorrhaghic (leak) caused strokes. A TIA or Transient Ischaemic Attack is a ‘mini stroke’ where stroke symptoms are seen but they resolve themselves straight away, because the blood flow to the brain was only interrupted temporarily. There is a high risk someone will go onto have a full stroke after having a TIA so they must seek medical attention immediately.

The type of stroke is then coded by adding a final letter to the above:

Stroke is the biggest cause of adult disability, and third common cause of death.

Common symptoms while a stroke is occurring are slurred speech, disturbed vision in one/both eyes, feeling weak/numb/pins&needles on one side of the body, or a drooping mouth.

Common effects after a stroke are:

A stroke can affect ADLs such as washing, dressing, grooming, driving, work, or leisure/socialising. In order to overcome challenges in carrying out these activities, the OT will need to explore which aspects the patient finds are causing difficulty, establish what a reasonable achievement for their current/predicted level of recovery will be, and break down the goal into small, manageable steps.

Indicators for good recovery include being younger, continence, mild symptoms, rapid improvement after stroke. Signs indicative of a poor recovery are a pre-morbid disability, incontinence, dysphagia, aphasia, or cognitive problems.

The Bobath concept is an approach to neurological rehabilitation that is applied in patient assessment and treatment (eg stroke or cerebral palsy). The goal is to promote motor learning to achieve efficient motor control in various environments, thereby improving participation and function in ADLs. This is done through specific patient handling skills to guide patients through the initiation and completion of intended tasks.

Stroke patients can be unaware of their limitations in moving themselves after a stroke, due to changes in their vision, limb weakness, cognitive perception etc. They can believe they are more able than they are which could cause them to injure themselves when moving about.

[NOTE: median is the middle number in set of data, used to remove effect of any high or low outliers which would skew the data]

Qualification as an Occupational Therapist with the Health & Care Professions CouncilSeptember 8th, 2017
Follow Lifelong Learning with OT on WordPress.com